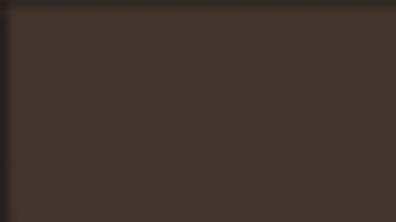 ​​Avoid the Costs of Litigation and Mediate Now!
Email Us Here

Research shows that between 40% to 50% of married couples in the United States will become divorced, and that the majority of these separations will impact at least one child.  As a result of divorce, children may experience short-term emotional and behavioral difficulties.  Children often report feelings of anger, sadness, fear, betrayal, frustration and guilt in reaction to their parents’ divorce.  Many of these negative emotions are caused by inter-parental conflict and not because of the ending of the marriage.  Co-parenting after the dissolution of a marriage can be very difficult, but is necessary in order to facilitate the long-term adjustment, well being, and success of children as they develop in life.  A longitudinal study by Wallerstein and Blakeslee (1996) showed that divorce does not have to cause lasting problems for children.  About one third of children can be considered well adjusted within one year after their parents divorce as long as they were co-parented effectively.

Divorce can be experienced as a major loss, and it is important for parents to recognize and attempt to work through their own thoughts and feelings so that they are better able to focus on the needs of their children.  One of the biggest challenges for parents is to let go of anger.  One way to let go of anger is to forgive.  A study by (Rye, Folck, Heim, Olszewski, & Traina, 2004) found that forgiving an ex-spouse improved mental health and was related to lower levels of depression and anger.

Children going through the divorce process may experience feelings of loss, anxiety, depression, fears of abandonment, blame, and anger.  They may also fear rejection and abandonment.  Childrens' academic performance and relationships with family, peers, and teachers may also suffer.  Often, these symptoms are most pronounced during the first year following divorce and decrease considerably by the second year.  It is important for parents to understand that divorce is experienced differently by children in different age groups.

Infants (ages 0-8 months), may experience difficulty sleeping, eating, excessive crying and bowel changes.  It is important for parents to be physically affectionate, and to keep the infants’ routines as consistent as possible, as infants are sensitive to changes in the environment.  Frequent contact with both parents after the divorce is important to relieve the stranger anxiety that an infant may experience.  Feelings of rejection may be experienced by the non-residential parent due to this anxiety; however this is a normal developmental stage for the infant.

Older infants (ages 8-18 months) need consistent routines and a sense of security.  It is normal for them to develop more of an attachment to the parent who provides most of their care.  Therefore,   frequent contact with both parents as much as possible is recommended as it helps the infant to develop an attachment to both parents.  Infants at this stage my show their emotions through behaviors such as crying more, sleeping problems, and becoming anxious and clingy.

Toddlers (18 months to 3 years) are starting to use language to express themselves.  In some instances, toddlers may become more fearful and aggressive when their parents divorce and it is hard for them to learn how to deal with their different emotions.  It is important for parents to provide consistent rules that are clear and lovingly enforced.  At this stage, toddlers are able to spend more time away from their primary caregiver, however, any changes in the toddler’s schedule should be made gradually, and frequent phone contact with the other parent should be encouraged.

Preschoolers (3-5 years) may be vulnerable to the belief that they may have caused their parents’ divorce.  It is important for both parents to provide information to the contrary.  Preschoolers may have fears of being abandoned and may show regressed behaviors such as bedwetting or needing their security blanket.  They may also show increased aggression, depression, and uncooperativeness.  Parents can help their preschoolers to feel more secure by allowing frequent and loving reassurance that they are not going to leave, and by providing consistent and familiar routines and schedules.  Research by Purett, Ebling, and Insabella (2004) has shown that positive social adjustment in young children may be correlated with consistency of schedules.  They also found that overnight visits with the non-custodial parent led to better social adjustment.

School-Aged Children (6-8 years) are starting to form friendships and attachments outside of the home.  Children in this age range are better able to understand that their parents’ conflicts are unrelated to them. They are starting to look toward their parents as role models and may also start to become sensitive to what other people think about them and their parents.  They may wish that their parents get back together, and some resentment may be felt toward the parent who is perceived to have left.  The child may also experience feelings of anger and rejection.   At this stage, school-aged children also need verbal permission to love each parent. Consistency and frequent contact with both parents is recommended and parents can encourage their children to talk about their feelings.  Also, as school-aged children are sensitive to disappointment, it is important for parents to follow through on any commitments made.

Pre-Adolescents (9-12 years) are experiencing social and emotional growth and are developing a greater sense of independence.  They are spending more time with friends, at school, and on outside activities.  Pre-teens are better able to understand human relationships, emotions, and the complexities and causes of divorce.  However, they may be unable to handle their own emotions about their parents divorce and lack the life experiences to deal with the changes to their lives that will take place.  They can become withdrawn, angry, and disconnected from friends.  Parents may encourage pre-teens to express their worries and feelings, and should avoid making the pre-teen their confident as they are not equipped to handle the emotions of their parents.  Also parents may assume that children at this age understand what is going on, but it is still important to explain the divorce process.  Parents attendance at events related to their pre-teen such as sporting events, school meetings, or performances will help them to feel secure that their parents are their for them.  Pre-teens are particularly sensitive to their parents’ conflict, and it is important for a relationship with each parent to supported and encouraged.  Parents should also make parenting schedules that are flexible and can accommodate their children’s activities and social events.

Teenagers (13-17 years) usually have a more in depth understanding of divorce but it is hard for them to accept it and they may often feel divided loyalties toward their parents.  Their self-esteem may be affected or they may act our through regression which can include rejection of same age friends for a younger peer group.  Also they may take on more adult roles such as assuming a part-time job, caring for siblings, or acting as “therapist” to one or both of their parents.  Teenagers may also participate in risky sexual behaviors, criminal behaviors, alcohol and drug use.  To prevent some of these behaviors, parents should be open to listening to their children’s thoughts and feelings and respond with empathy rather than defensiveness whenever possible.  Often parents may feel guilty about the divorce, and may benefit from counseling in how to provide structure and discipline.

It is important for parenting plans to be flexible to meet the teenagers increased desire to spend time with peers.  This can be especially challenging for the non-residential parent who does not get to see the child as often, however ongoing contact with both parents is still very important.

For College Students/Young Adults (18-22 years) are establishing their own separate identities may feel the loss of a solid home base.  They may also feel the need to provide emotional support to their parents which can be distressing to them.  Young adults may experience loyalty conflicts as they attempt to negotiate a time schedule for seeing each parent.  Parents need to remain flexible in regard to time spent with each of them and can help the young adult to come up with a schedule that helps them to divide their time between holidays and significant events.  It can also be helpful to young adult children, if parents maintain consistent space for them in their homes for sleeping and for storage.

On of the most important ways that parents can help their children of any age adjust to divorce is to minimize post divorce conflict.  For parents that have difficulty co-parenting, “parallel parenting” a term first coined by Furstenburg & Cherlin (1991) can be helpful.  Parallel Parenting allows both parents to maintain different parenting styles when with the child, without undermining one another.  Children are usually able to adapt to the different parenting rules and styles with little difficulty.  Parents can also minimize conflict by establishing an almost business like relationship with clear boundaries and rules of communication.  Parents can help to ease transitions for their children by keeping consistent routines, speaking with them about the transition, and allowing the transfer of transitional objects between homes.  To minimize loyalty conflicts, parents should avoid having their children carry messages for them to the other parent, put downs of the other parent, and asking children questions about the other parent’s private life.  Relationships with both parents should be encouraged and arguing and fighting in front of children should be avoided at all costs.  Children need to be children, and the “parentification” (Hetherington & Kelly, 2002) or the saddling of children with too many adult responsibilities, blurring the line between parent and child can be detrimental to their emotional well being.

There are several interventions that can help couples to move more peacefully through the divorce process and parent more effectively.  Divorce counseling can help couples work through the feelings that accompany divorce, such as anger and denial, and on ways to improve communication.  It can also help with goal setting, establishing a parenting plan, and with achieving closure.

Co-Parenting groups, divorce education, and divorce and family mediation can also assist parents with better ways to co-parent during or after divorce or separation.

Mediation can help parents to make parenting agreements that are mutually satisfactory. Parenting agreements address specific issues such as the parenting schedule, desired communication patterns, how major decisions will be made, how information about the child will be shared, as well as school, financial, and medical issues.   What makes mediation effective is that both parents are coming up with and negotiating ways to deal with these issues with the help of a trained mediator who acts as a neutral third party.  Divorce mediation as an alternative to litigation can help establish the co-parenting partnership which is integral to the success of any parenting plan and to preserving relationships with children in order to minimize post divorce conflict.

Divorce can have an ongoing effect on the relationships and lives of family members for years to come.  It can create conflict, turmoil, and extreme stress.  Parents may experience stress related to custody issues, conflict with the other parent, lack of emotional support and financial pressures of raising children and keeping up the household.  Children may experience stress in the form of conflicts with parents, loyalty conflicts, emotional and social difficulties.  There is no magic cure for the difficult issues facing families experiencing divorce or separation.  Hopefully some of the ideas presented in this article will be useful in helping to alleviate some of the issues that can adversely affect parents and children who are dealing with divorce or separation.